US President Donald Trump picked his impeachment defense team partly based on their ability to defend him on television, according to a report from CNN.

CNN, citing a “source close to the White House who speaks to the president regularly,” said that the appointment of several high profile legal experts, including Alan Dershowitz and Kenneth Starr, reflects a desire to have a team full of big personalities capable of putting in media appearances in the president’s defense.

“Trump has been telling associates and allies around him that he wanted a “high profile” legal team that can perform on television, the source said,” CNN’s report said.

“It’s simply who Trump is, the source continued, adding Trump loves having people who are on television working for him.”

As Business Insider’s Sonam Sheth pointed out on Saturday, Dershowitz is a frequent presence on cable TV, and has consistently defended Trump in appearances on Fox News throughout his presidency.

Starr, while not previously associated with the president, was part of the defense team for the last president to be impeached, Bill Clinton. 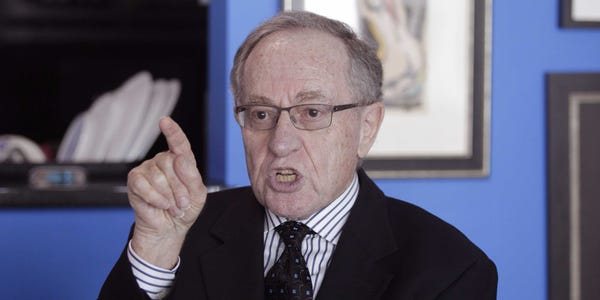 Trump’s reported desire to have a legal team that can defend him on TV mirrors his widely reported view that senior figures in his administration should look like TV and movie stars.

Having been a reality-TV star before entering politics, Trump is known to be obsessed with how his presidency plays out on TV and to keenly monitor the media appearances of top advisers, sometimes watching them with the sound off.

He is reported to have a vision of a White House in which everyone looks as if they are straight out of “central casting.”

Trump’s team on Saturday issued its first formal response to the Senate summons issued to the president, denying all the charges against him.

“President Trump categorically and unequivocally denies each and every allegation in both articles of impeachment,” a six-page letter issued in response to the impeachment articles said.

The letter went on to describe the charges against Trump as “an affront to the Constitution of the United States, our democratic institutions, and the American people.”

“This is a brazen and unlawful attempt to overturn the results of the 2016 election and interfere with the 2020 election — now just months away,” the letter said.

“The highly partisan and reckless obsession with impeaching the President began the day he was inaugurated and continues to this day.”

In NYC, The Left Tells…

Scandals from top to bottom…