Latest News
Home /Cannes: Spike Lee Pushes Lie that Black People Are ‘Being Hunted Down Like Animals’ by Police

Speaking about his 1989 film Do the Right Thing, director Spike Lee told an audience at Cannes Film Festival in Cannes, France, Tuesday that black Americans are still “being hunted like animals” by police.

Spike Lee is in France for the celebrity-studded film festival to serve as the first black president of the panel of nine artists who are tasked with awarding the next Palm d’Or, the festival’s highest award.
During a Q&A on Tuesday, Lee was asked about Do the Right Thing and at one point he pushed the fictitious claim that American police officers are indiscriminately killing black people.

“I wrote it in 1988,” he said of the film. “When you see brother Eric Garner, when you see king George Floyd murdered. And you think and hope that 30 mother-fucking years later, Black people would’ve stop being hunted down like animals. So, I’m glad to be here, though.”

Of course, Lee’s claim that police officers are “hunting” blacks and indiscriminately shooting them down is not based on facts. The actual statistics do not show that black Americans are being shot down in large numbers by America’s police officers. The data show that less than 50 unarmed black people are killed by police annually across the country despite the fact that police officers encounter the public more than three million times each year. There is no statistical basis for the claim that black people are being murdered with impunity by the police. 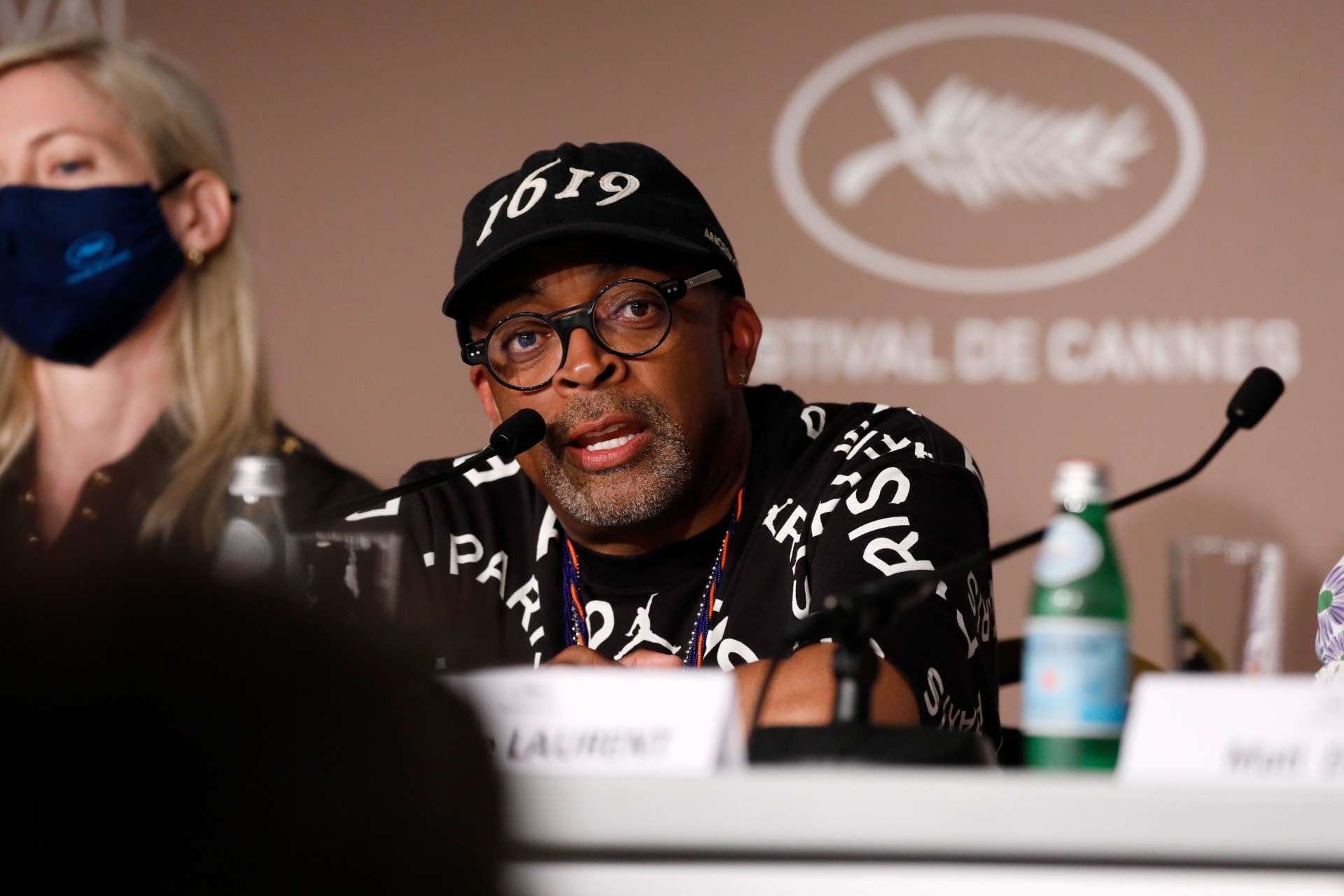 Indeed, 93 percent of black murders are committed by black civilians against black victims, not by police officers gunning for black citizens.

During that same Cannes press conference, Lee insisted that the “world is run by gangsters” like Trump and Putin.

“This world is run by gangsters — Agent Orange [Lee’s name for Donald Trump], the guy in Brazil [President Jair Bolsinaro] and [Russian President Vladimir] Putin. They’re gangsters, and they’re gonna do what they want to do. They have no morals and no scruples,” Lee said. “And we have to speak out against gangsters like that.”

Only a quarter of Americans…