BY ZACHARY STIEBER | The Epoch Times

The ballots cast in Arizona’s largest county in the 2020 election will be counted for a third time on orders from the state’s Senate.

Nearly 2.1 million ballots submitted in Maricopa County for the presidential contest were tabulated, as normal, by election officials. They were recounted by hand by audit teams hired by the state Senate in a process that was completed late last month.

Now the Senate will do its own recount, which will provide a number to compare with those from the county and from the auditors.

“Maricopa County says there’s 2,089,563 ballots. We did the hand count, and they’re finalizing that number, but we just wanted a third number to tie everything together, make sure we have more—the more data points, the better,” former Arizona Secretary of State Ken Bennett, the Senate’s audit liaison, told The Epoch Times.

The new count will focus on the number of ballots and not the actual votes, unlike the first two tabulations.

The Senate will use two counting machines that it purchased to complete the count, Arizona Senate President Karen Fann, a Republican, told the Arizona Republic.

”We’re going to run all the ballots through to see how they match up,” she said. “If there ends up being a difference, we’d have another count.”

The machines, which arrived on July 9, appear to be from U.S. Paper Counters. The machines are said to be able to count up to 2,000 sheets per minute.

The count will go quickly, likely wrapping up in less than a week, audit officials say.

Audit teams led by Florida-based Cyber Ninjas began counting ballots and doing other work in April. They finished recounting and examining the ballots at the Arizona Veterans Memorial Coliseum in Phoenix in late June.

The state Senate is paying $150,000 for the audit, which likely costs much more. A nonprofit and the Republic have asked courts to compel the body to make public records detailing outside parties that are helping to shoulder the cost.

County officials oppose the audit. The county Board of Supervisors called for it to end in May. County officials announced recently that they would replace all of the election machines afterward because of concerns about the equipment being probed by auditors.

A fourth ballot count is still on the table. That would involve contracting with a California-based nonprofit called Citizens’ Oversight, which uses what founder Ray Lutz described as a set of computers that would do “a total tabulation of the election.” 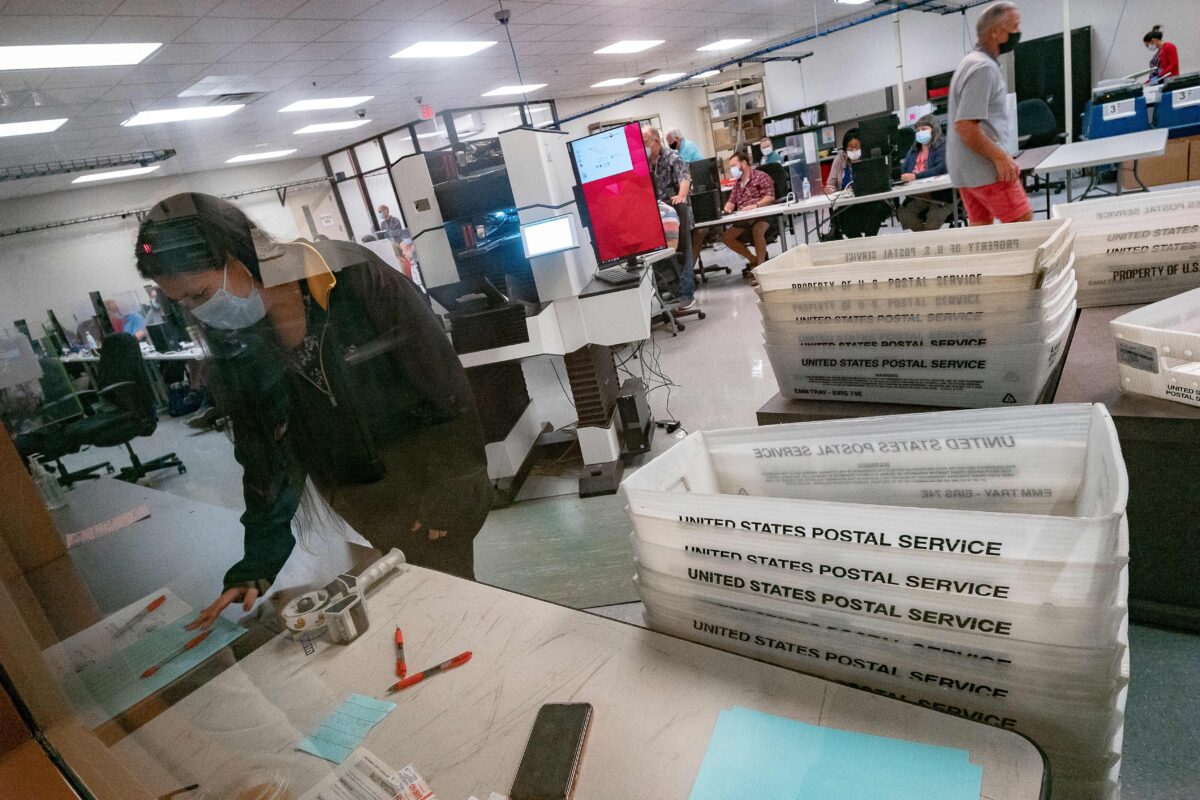 The audit has run past the projected time. Cyber Ninjas said in a document from March that it expected its work should be done in 35 days, followed by a five-day period to produce a final report on its findings.

Teams have other duties besides the third ballot count. They’re working on a process to check signatures from mail-in ballot envelopes using images from the county. Auditors are “double- and triple-checking everything,” Pullen said.

The final report is still expected in August.

The ballots and 385 tabulators used by the county to count the votes were shifted to the Wesley Bolin Building, a smaller 19,344-square-foot facility that fairground officials recommended against using during the summer due to high temperatures.

Bennett said the building was “warm” amid 112 degree Fahrenheit temperatures but that officials were working on air conditioning to deal with the conditions. Fresh air conditioning units were in place on July 8 and 9.

He also challenged an assertion by Arizona Secretary of State Katie Hobbs, a Democrat who said observers tapped by her office weren’t allowed to watch the audit last week. He said the observers have been in the building most days.

The observers, who include Ryan Macias, former acting director of certification and testing for the U.S. Election Assistance Commission, have reported witnessing a number of problems, including alleged issues with security procedures. Audit officials have denied the accusations or said policies have been changed when problems have been identified.