The U.S. has no plans to evacuate Americans in Afghanistan who are located outside Kabul, according to a report Tuesday.

Officials from various departments — including State and Defense — informed Senate staffers at a Tuesday morning briefing that they do not know of a way to get those Americans through Taliban checkpoints located outside Kabul, the location of the main airport, The Washington Post reported, citing two Senate aides.

Neither the State Department nor the Defense Department immediately responded to after-hours requests for comment from Fox News.

Meanwhile, U.S. Sen. Tom Cotton’s office set up a hotline for Americans — including those who are essentially “trapped behind Taliban lines,” The Military Times reported.

“The situation is dire,” the Arkansas Republican said. “But we’ll do everything in our power to help keep you informed and to help get you out.”

A former State Department contractor told Fox News that Taliban fighters have also established checkpoints throughout Kabul and around the airport. Some, the source said, have been beating people on the way to the airport. 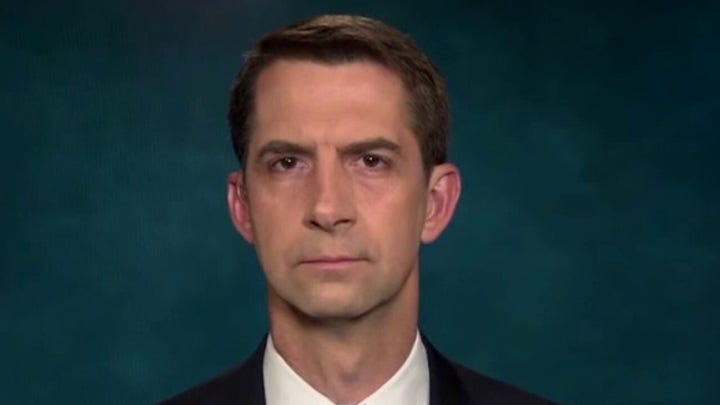 The precise number of Americans outside Kabul was not immediately clear but up to 15,000 may still be in Afghanistan, the Post reported. The Taliban has been on the offensive across the country for weeks. At a news briefing later Tuesday, Jake Sullivan, President Biden’s national security adviser, told reporters that the Taliban expressed a willingness to provide “safe passage of civilians to the airport,” the report said.

The U.S. was going to hold the Taliban to that promise, he added.

Sullivan was asked by a CBS reporter if U.S. troops will be pulled from Afghanistan before all Americans and Afghan allies are out. He said he would not comment on hypotheticals.

Sullivan did not immediately respond to an after-hours email from Fox News.

He tweeted on Tuesday: “When I was asked about whether we’re going to get all Americans out of Afghanistan I said “that’s what we intend to do” and that’s exactly what we’ll do, and are accomplishing right now with HKIA re-opened and operational, thanks to the incredible work of our troops and diplomats.

The State Department on Tuesday told American citizens and others looking to get out of Afghanistan that they should “shelter in place” until they are given further instruction by the U.S. Embassy amid a fragile security situation in the Afghan capital.

“Our message remains for American citizens and for others who have expressed interest in relocation out of Afghanistan: shelter in place until and unless you receive a communication from the U.S. embassy,” spokesman Ned Price told reporters.

Fox News’ Adam Shaw and The Associated Press contributed to this report.

Will Russia Invade Ukraine Next…