House Democrats have outlined plans to raise the top marginal income tax rate from 37% to 39.6% as part of a wide menu of tax increases to pay for their multitrillion-dollar spending package.

The hike would affect individuals making over $400,000 or married couples filing jointly who bring in more than $450,000 in annual income, according to materials released by Democrats on the Ways and Means Committee. 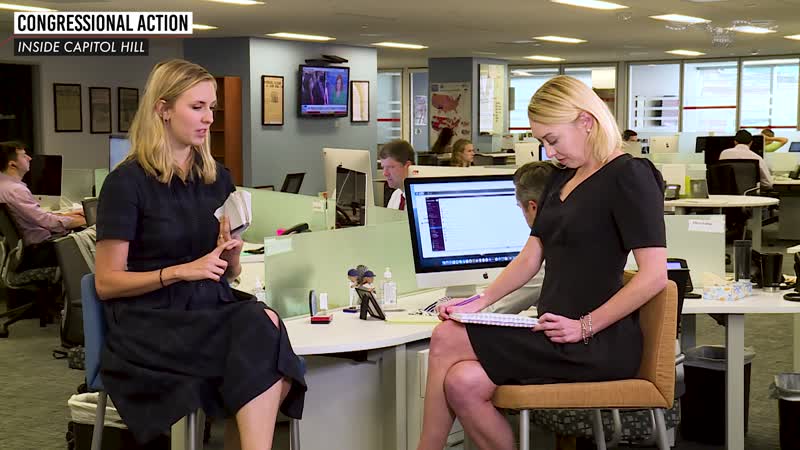 The increase would restore the top marginal rate to the same level as it was before Republicans’ 2017 tax cuts and would raise the government $170 billion, according to Democrats.

Other revenue-raising measures include a new 3% surtax on those making more than $5 million, increased taxes on tobacco and nicotine products, and increased restrictions on carried interest, a type of income earned by private equity firms.

The spending package, which is a top priority for Democrats who fear losing one or both chambers of Congress during the 2022 midterm elections, has been a difficult lift given the party’s wire-thin majority.

While some on the leftward flanks of Congress, such as independent Sen. Bernie Sanders of Vermont, have expressed dismay that the proposed $3.5 trillion package doesn’t go far enough, centrist members such as Manchin have knocked the current price tag as too high, especially in light of burgeoning national debt.

Manchin, a West Virginia Democrat, said over the weekend that he wants the total spending tied to the bill to be closer to $1.5 trillion . The spending package itself has no bipartisan support and is expected to be rammed through Congress using a process called reconciliation, which prevents Republicans from filibustering the legislation and allows it to pass by a simple majority vote.

Democrats are confident that the current slate of tax proposals would be sufficient to entirely pay for $3.5 trillion in spending. They project that $2.9 trillion will be paid for through the proposals themselves, while the remaining $600 billion would be recouped through increased economic growth associated with the spending portion of the plan.