Latest News
Home /Biden could owe as much as $500K in back taxes, government report indicates

WASHINGTON — Republicans say a new nonpartisan report indicates President Biden improperly avoided paying Medicare taxes before he took office — raising eyebrows and the possibility that he owes the IRS as much as $500,000 in back taxes.

Biden is leading a Democratic push for a $3.5 trillion bill to subsidize child care, education and health care by targeting tax avoidance and raising tax rates on higher incomes so the rich “pay their fair share.”

A House Ways and Means Committee draft of the bill would end the accounting trick apparently exploited by Biden and boost IRS funding for audits — but the new report, drafted by the Congressional Research Service and provided to The Post, suggests Biden owes taxes under current rules, according to the congressman who requested it.

“According to the criteria CRS provided to my office, he owes the IRS and the American people hundreds of thousands of dollars in back taxes,” Banks said. “Every American should know about Joe Biden’s tax hypocrisy.”

Biden and first lady Jill Biden routed more than $13 million through S corporations and counted less than $800,000 of it as salary eligible for the Medicare tax — exempting the rest from what would have been a 3.8 percent rate, the Wall Street Journal reported.

The CRS report doesn’t name Biden but analyzes cases in which the IRS won a judgment against taxpayers who paid themselves suspiciously low salaries from S corporations and counted most of the revenue as “distributions” exempt from the Medicare tax. 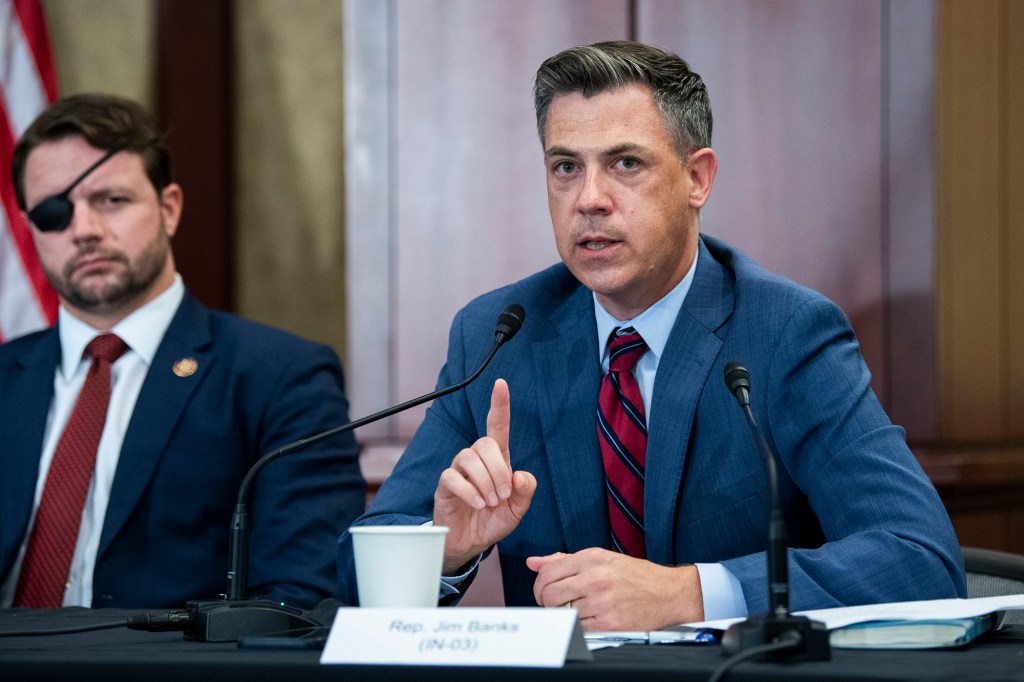 “Courts have agreed with the IRS that shareholder-employees are subject to employment taxes when shareholders take distributions, dividends, or other forms of compensation in lieu of reasonable compensation,” the report says.

The document outlines several examples, including a case involving an accountant named David Watson who piped about $200,000 per year of his firm’s revenue through an S corporation while deeming just $24,000 of it as taxable salary. Courts determined he dramatically underpaid his taxes.

Significantly, the CRS report notes that presidential tax returns are subject to automatic audit only for years when a president is in office. The White House said this year that the Biden S corporations are dormant, meaning the IRS won’t automatically review their use.

Biden, who has branded himself “Middle Class Joe,” routinely argues the rich must “pay their fair share.” 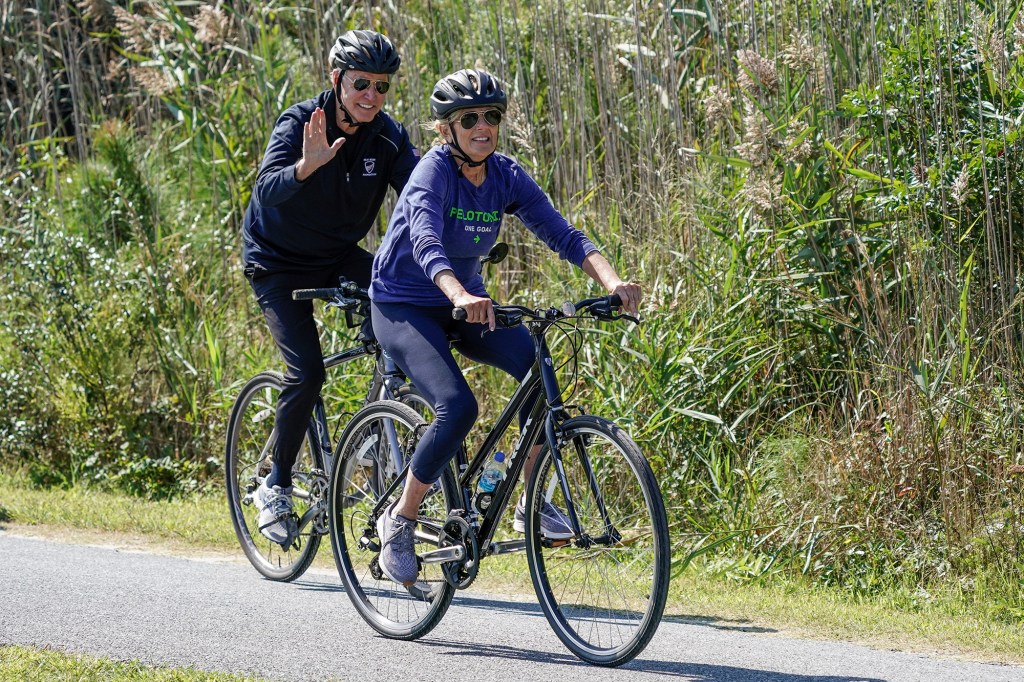 Chris Jacobs, a veteran of GOP offices on Capitol Hill who closely tracks the issue, said, “Joe Biden wants to expand the IRS’s funding and authority, so they can audit more Americans. Given that the liberal Tax Policy Center and the nonpartisan Congressional Research Service both have raised questions about the way Biden handled his taxes, why doesn’t he ask for his own taxes to get audited first?”

Jacobs added, “Biden doesn’t really believe in expanding programs like Medicare and ObamaCare, because he thought buying a second multimillion-dollar mansion, and renting a third, was more important than helping to fund those laws.” 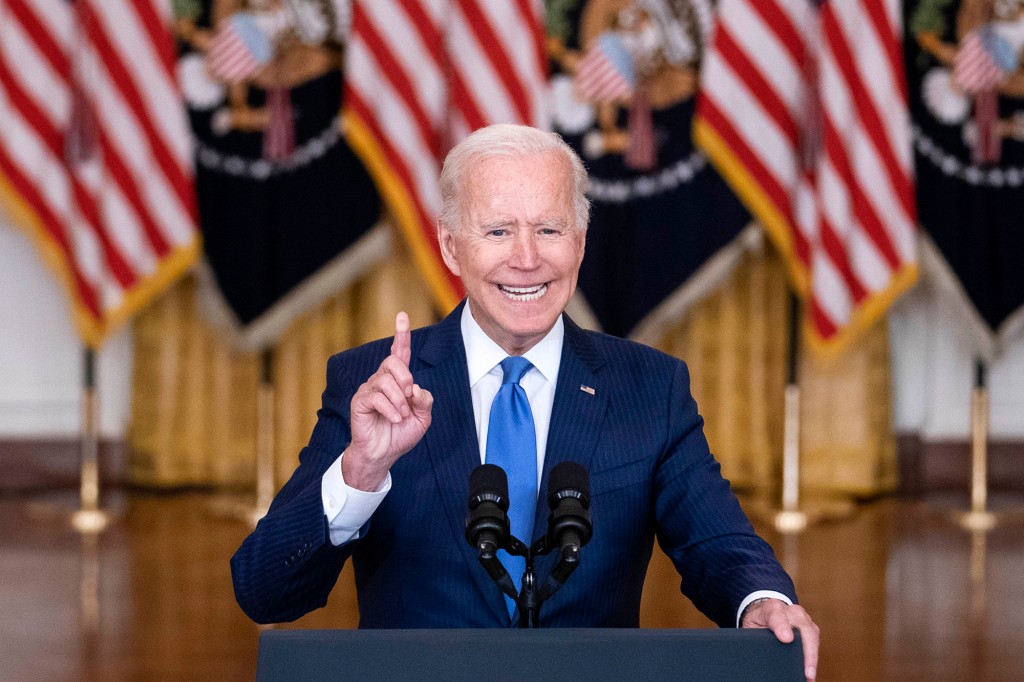 President Biden is accused of using “S corporations” to skip up to $500,000 in back taxes.

The $3.5 trillion social spending bill that Biden hopes to ram through Congress with only Democratic votes would end the tactic used by Biden — if it passes as drafted by the House Ways and Means Committee. It also would increase IRS funding by $80 billion over 10 years to crack down on tax avoidance.

Tax law experts told The Post that the CRS report underscores the long-standing controversy, but that it doesn’t necessarily break new ground. They say the IRS simply doesn’t have the resources to make sure that all S corporations reasonably assess what counts as salary. 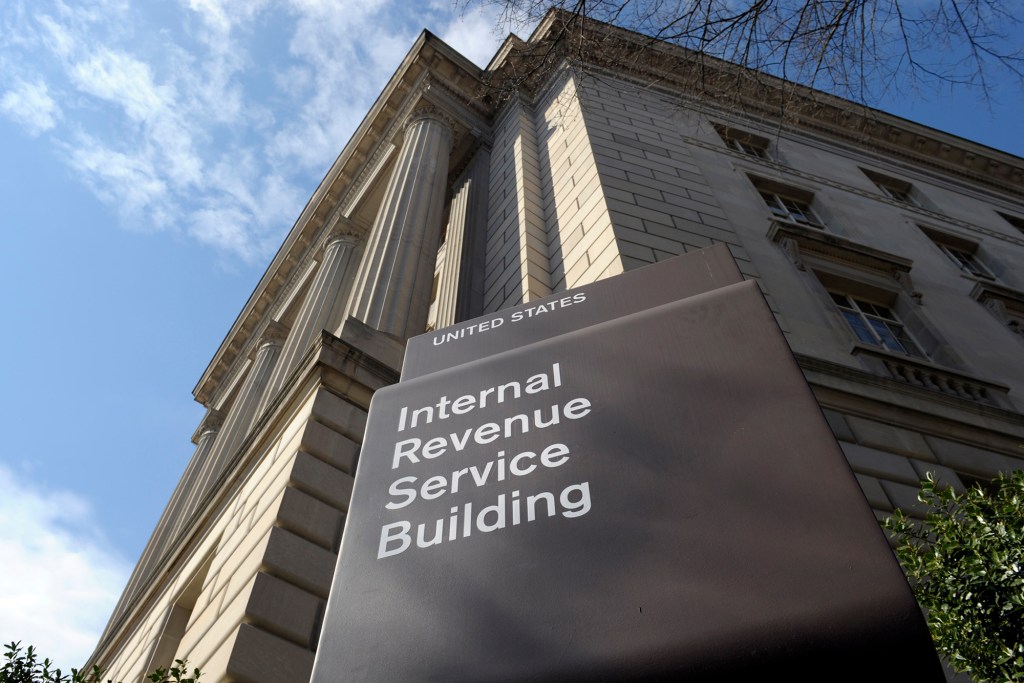 The IRS is not obligated to investigate President Biden’s “dormant” S corporations.

Corporate tax expert Bob Willens, an adjunct professor at Columbia University’s business school, says each case is unique and that “the question remains whether the compensation exacted from his corporation was ‘reasonable.’”

Willens said that “in my view, the case can easily be made that reasonable compensation should be multiples of $300,000. Whether the IRS would be willing to make that case, however, is questionable given the identity of the shareholder.”

John Bogdanski, a former member of the IRS Commissioner’s Advisory Group and a professor at Lewis & Clark law school, notes that political debate over the use of S corporations has raged for decades, impacting other prominent politicians such as 2004 Democratic vice presidential nominee Sen. John Edwards (D-NC) and former Republican House Speaker Newt Gingrich (R-Ga.).

Bogdanski says Biden would not have to pay Medicare taxes for the share of income made off the labor of other people, which can be complicated to determine. He says wealthy people generally make assumptions in their own favor and get away with it.

But Bogdanski added that he thinks it’s “quite rich” for Republicans to focus on Biden’s taxes when former President Donald Trump never released his own tax returns, repeatedly saying they were under audit. 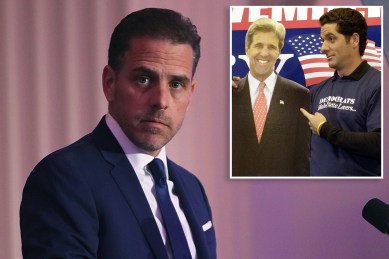 David Gamage, a tax law professor at Indiana University Bloomington, said “the general view among tax experts is that it’s quite easy for taxpayers to get away with this form of tax planning to the point of it being very abusive.”

“This is not the sort of tax planning that should be going on as a matter of tax policy, but it’s very hard for the IRS to police,” Gamage said.

“I would hope that increased attention to this issue, whether that be through focus on a President Biden using this form of tax planning or more generally, would increase the case for reform. I think the case for both increased IRS funding and for substantive law reform this area is overwhelmingly strong,” Gamage said.

The White House did not immediately respond to a request for comment. The Biden campaign previously said that “the salaries earned by the Bidens are reasonable and were determined in good faith.”