A Republican lawmaker in Florida has filed a bill that mirrors the new law in Texas that prohibits abortion after a heartbeat can be detected, which commonly occurs at six weeks gestation.

Rep. Webster Barnaby introduced HB 167 in the state House legislature, according to the Florida Politics website:

House Speaker Chris Sprowls similarly told reporters he is supportive of stricter abortion rules but didn’t go as far as to endorse that specific measure. However, Sprowls told reporters Wednesday that he had asked House Judiciary Committee Chairwoman Erin Grall and House Health and Human Services Committee Chairwoman Colleen Burton to review abortion law proposals and to take point on the issue.

“I have always fought for unborn babies and their right to life, and the Florida House of Representatives has been a national leader in developing pro-life legislation. While other states contend with Federal law only, we must also contend with Article I, Section 23 of the Florida Constitution, as well,” Sprowls said in a statement, referring to the state’s constitutional right to privacy. “Our laws have to be strong enough to jump through multiple levels of judicial scrutiny. We look forward to bringing to the Floor a bill that saves every unborn life possible.”

Barnaby happens to be black and is one of many in the black community who are not only pro-life but who see how the abortion industry disproportionally hurts black women.

Republican Arizona state Rep. Walk Blackman, wrote about that fact in March of last year in a commentary entitled “Abortion: The overlooked tragedy for Black Americans.”

“Abortion impacts African Americans at a higher rate than any other population group,” Blackman wrote:

In 2011, the Centers for Disease Control and Prevention (CDC) released an Abortion Surveillance Report. According to that report, black women make up 14 percent of the childbearing population. Yet, 36 percent of all abortions were obtained by black women. At a ratio of 474 abortions per 1,000 live births, black women have the highest ratio of any group in the country.

“At the end of the day, the government was instituted for certain reasons, to protect life, liberty, and the pursuit of happiness,” Florida Gov. Ron DeSantis (R) said when asked about the bill after he said he had not read it yet but would be doing so. 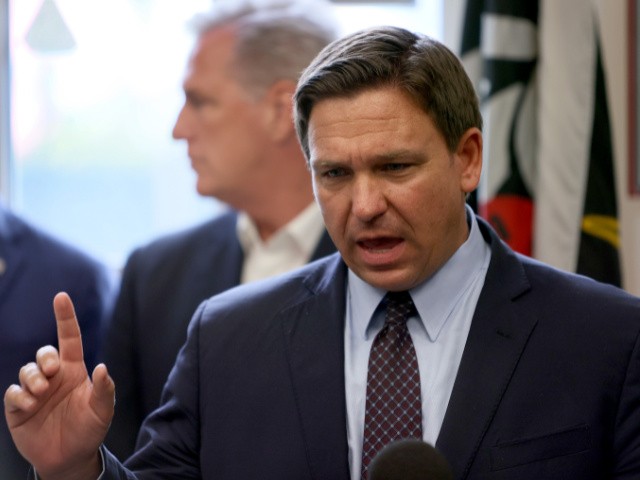 The Florida Politics report included reactions from Democrats, who reliably oppose any restrictions on abortion.

“It’s a sad day in the Florida House when legislation like HB167 is filed,” Eskamani said while also endorsing the idea that women can live as men and still become pregnant. “This gross excuse of a bill attacks women and birthing people who are seeking an abortion before they even know they are pregnant.”

“We’re going to have to fight tooth and nail to protect reproductive freedom,” U.S. Rep. Charlie Crist, who is challenging DeSantis in a primary contest, said.

By Withholding Regeneron, Biden Could…