ROME — Pope Francis commemorated the World Day of Migrants and Refugees Sunday, calling for a more welcoming attitude toward foreigners.

“It is necessary to walk together, without prejudice and without fear, placing ourselves next to those who are most vulnerable: migrants, refugees, displaced persons, victims of trafficking, and the abandoned,” the pope told the crowds gathered in Saint Peter’s Square for his weekly Angelus address.

“We are called to build an increasingly inclusive world that excludes no one,” he added.

The Church of today is called to “widen her tent to embrace everyone,” especially migrants and foreigners, the pontiff said in his official message for the 2021 World Day of Migrants and Refugees. 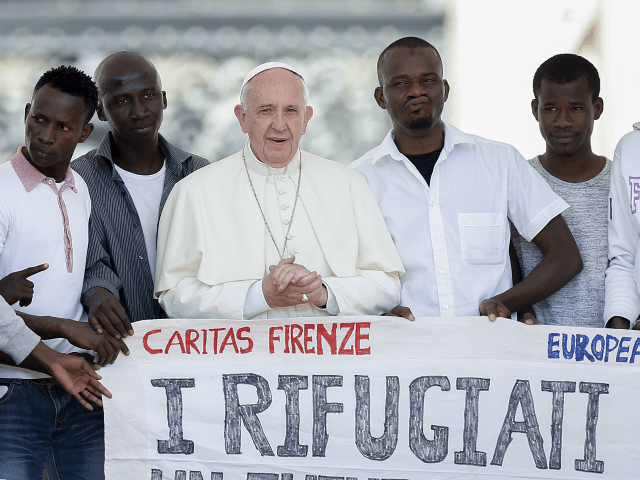 Pope Francis poses for a photo with a group of refugees he invited to join him on the steps of St. Peter’s Basilica during his weekly general audience in St. Peter’s Square at the Vatican, Wednesday, June 22, 2016. (AP Photo/Fabio Frustaci)

We are “called to work together so that there will be no more walls that separate us, no longer others, but only a single ‘we,’ encompassing all of humanity,” he declared.

We must “make every effort to break down the walls that separate us and, in acknowledging our profound interconnection, build bridges that foster a culture of encounter,” the pope said. “Today’s migration movements offer an opportunity for us to overcome our fears and let ourselves be enriched by the diversity of each person’s gifts.”

“Then, if we so desire, we can transform borders into privileged places of encounter, where the miracle of an ever wider ‘we’ can come about,” he added.

“I join with all those in the various parts of the world who are celebrating this Day,” Francis said Sunday.

He also indicated a massive bronze monument placed in Saint Peter’s Square in 2019 to commemorate migrants and refugees, inviting visitors to take a closer look. 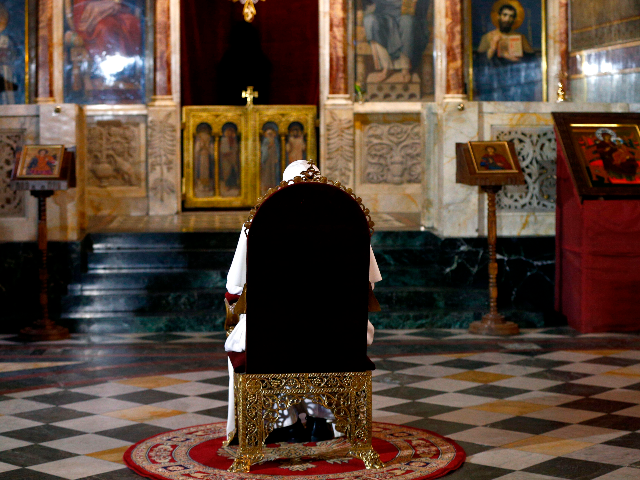 Pope Francis sits in prayer before the throne of Saint Cyril and Methodius at Alexander Nevski Cathedral in Sofia on May 5, 2019. Pope Francis urged Bulgarians to open their hearts and doors to refugees as he began a visit to the European Union’s poorest country. (YARA NARDI/AFP via Getty Images)

“Before leaving the square, I invite you to approach that monument there,” he said, “and to dwell on the gaze of those people and to grasp in that gaze the hope that every migrant has today.”

“We do not close the doors to their hope,” he added.

The monument, titled “Angels Unawares,” depicts 140 migrants and is the first sculpture to be installed in the piazza in over 400 years.

The 20-foot tall, 3.5-ton bronze sculpture was created by Canadian artist Timothy Schmalz at the behest of the Vatican’s office for Migrants and Refugees, after the artist impressed the pope with his “Homeless Jesus” sculpture in November 2013.

Will Russia Invade Ukraine Next…

Italy Orders Companies Not To…