Trouble in paradise, or the grumblings of an annoyed co-worker?

A new book, “It’s Better to Be Feared” by ESPN writer Seth Wickersham, explores the Patriots dynasty through hundreds of sources and interviews that reveal the secretive inner workings of the team from 2001-19. The book suggests the relationship between owner Robert Kraft and head coach Bill Belichick may not be particularly rosy.

At one point, Kraft called Belichick the “biggest f–king a–hole in my life” as he was leaving a conference in Colorado for Detroit, where the Patriots were playing a game.

“I hate leaving here,” Kraft said to a group of friends, per ESPN. “You leave here and you leave some of the most brilliant people you’ve ever met. You pick up so much knowledge from all these brilliant minds. And I have to go to Detroit to be with the biggest f–kng a–hole in my life — my head coach.”

Kraft also called Belichick an “idiot savant” to another confidant, and balked at his reputation before joining the Patriots, saying, “I gave him this opportunity.” 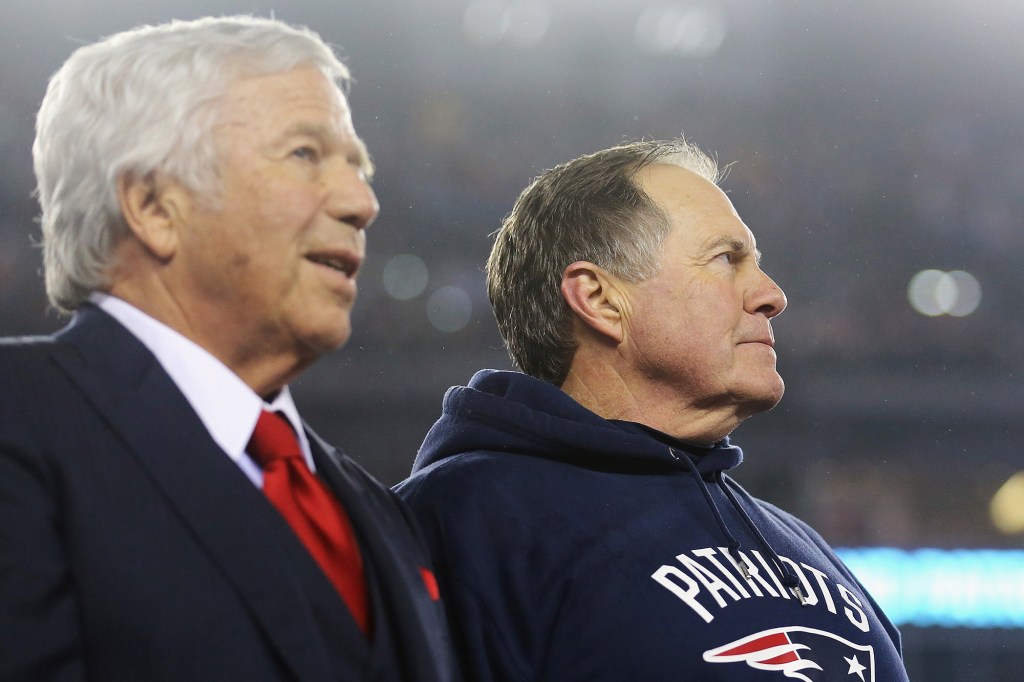 The discord between the Patriots brass has been well-documented, especially when you include Tom Brady. The relationship between head coach and quarterback reportedly deteriorated throughout Brady’s final years in New England, leading him to join the Buccaneers in 2020.

According to the book, Brady, Kraft and others at one point discussed the possibility of replacing Belichick. Bill O’Brien and Josh McDaniels were floated as possible successors.

The Patriots’ remaining brain trust of Kraft and Belichick will face their former quarterback Sunday night for the first time since he left for Tampa when Brady and the defending Super Bowl champion Buccaneers come to Gillette Stadium.

Steelers’ Ben Roethlisberger to be…

This Aaron Rodgers Meme Is…

Cardinals’ J.J. Watt to have…

Broncos get embarrassed at home…