by Anna Giaritelli | The Washington Examiner

MISSION, Texas — Ten Republican governors visited the U.S.-Mexico border Wednesday to blame President Joe Biden for creating the crisis there and to lay out a 10-point plan for reversing his policies and stopping the surge of migrants.

The governors said that the Biden White House has refused to acknowledge their concerns about the decline of security at the southern border. The rise in human smuggling, now at the highest level in two decades, is hurting their states, they said, even those 1,000 miles away from the border. 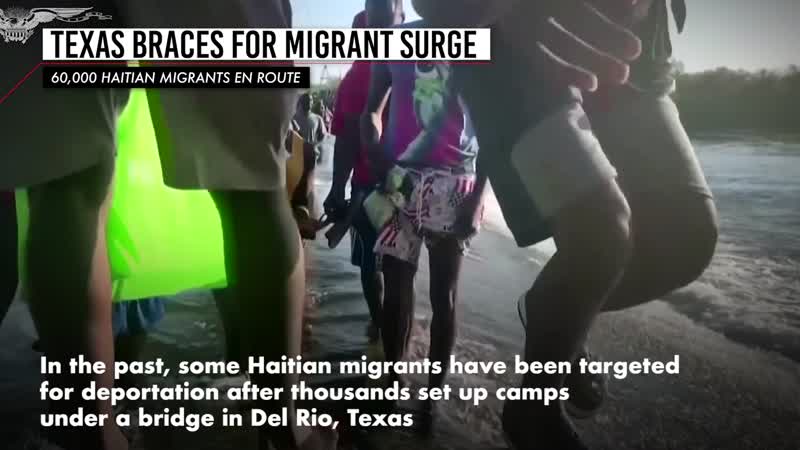 “President Joe Biden has caused a humanitarian crisis and chaos on our border,” Gov. Greg Abbott of Texas said.

The governors on-site — Abbott, Doug Ducey of Arizona, Brian Kemp of Georgia, Brad Little of Idaho, Kim Reynolds of Iowa, Greg Gianforte of Montana, Pete Ricketts of Nebraska, Mike DeWine of Ohio, Kevin Stitt of Oklahoma, and Mark Gordon of Wyoming — laid out a plan to reinstate many of former President Donald Trump’s immigration and border strategies. The policies would “restore security and end the crisis,” according to a copy of a document shared with the Washington Examiner before the press conference.

At the top of the list, the governors call for Biden to commit to continuing Title 42 expulsions, a pandemic-era protocol that allowed for the immediate return of border-crossers to Mexico or their country of origin rather than placement in custody. The Biden administration vowed to end Title 42 as the pandemic improved but has yet to do so. However, the majority of families who come across the border are not being expelled but released into the United States, even though at one point 20% of migrants tested positive for the coronavirus after being released.

The GOP coalition wants to see federal law enforcement and military units from other agencies sent to the border, as Border Patrol agents who normally guard the international boundary have been pulled from those duties to transport and process people in custody. Those seeking asylum should be turned away and required to live in Mexico while they go through legal proceedings rather than be released into the U.S., the governors said.

They also called for the end of “catch and release,” a term used to describe how illegal immigrants are effectively taken into custody but let into the U.S. rather than removed. They said that all criminals in the U.S. should be priorities for deportation, referencing changes the Biden administration made easing Trump-era operations.

Many of the governors have deployed their own state National Guard troops to the Texas border and want the federal government to reimburse them for those costs. They also asked for notification from federal officials when unaccompanied children and families are flown or bused to their states.

The 10 govenors were among 26 governors nationwide who sent a letter to Biden on Sept. 20 calling a meeting to find a solution to the border crisis, which began in March. Ducey’s office said that the White House did not acknowledge the letter.

“We’ve tried to meet with the president and be a part of the solution, but he refuses,” Ducey said. “Even worse, he ignores us just like he’s ignoring the border and the well-being of the American people.”

The nine governors chose to meet in Mission, which is part of the Rio Grande Valley region of south Texas. The “Valley,” as local residents refer to it, has seen more than 500,000 people illegally enter the U.S. from Mexico in the past 12 months, and the large majority crossed after Biden took office.

Of the nine areas into which the Border Patrol divides the southern border, the Rio Grande Valley has seen more illegal immigration than any other in recent years, in part because it is the southernmost point of the U.S. and the shortest distance from Central America, where most people taken into custody are traveling from.

The governors’ full Joint Policy Framework on the Border Crisis is copied below: