Halloween came early this year, courtesy of the Biden administration. While the president is primarily to blame for the choices in Afghanistan, the border and holding an infrastructure bill hostage to the Squad, his team is facing their own crises, many self-created. Here, some of the lowlights of many of the members of Joe Biden’s Cabinet of Horrors.

Put in charge of the border crisis, Harris quickly clarified that she would concentrate on “root causes,” not the border itself. After a cursory trip to Guatemala and Mexico, Harris has declared victory and moved on even as a record number of illegal immigrants cross into the US. Even more caravans are headed our way after the US waved in thousands of Haitians. Meanwhile, Harris has gone into hiding, barely making public appearances as her favorables have tanked. 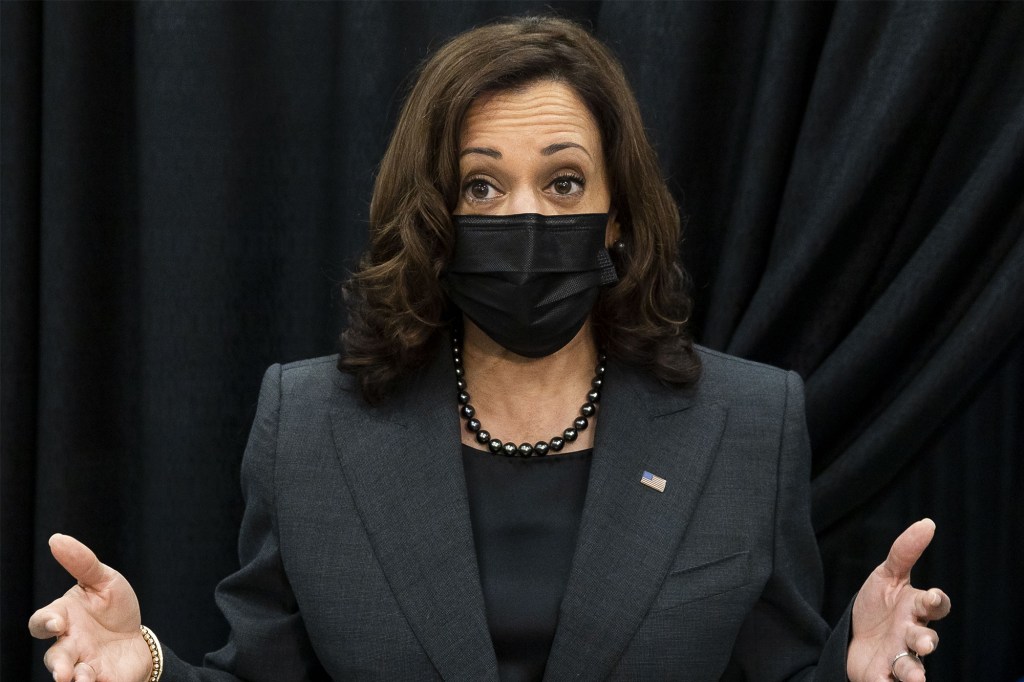 Vice President Kamala Harris has been failing in her role as Biden’s border czar.Photo by JUSTIN LANE/EPA-EFE/Shutterstock

As his appearance before the Senate made clear, he has no answers for the debacle in Afghanistan. Said they had no idea the Taliban would advance so fast. Had no real plan to get Americans out — which led to the deaths of 13 US service members. By his count, there are still at least 100 Americans behind enemy lines, and thousands of green card holders. But since the US abandoned the embassy in Kabul and Bagram Airfield, there’s no way to get them out. Then Blinken managed to anger ally France by announcing a nuclear submarine deal with Australia with little notice. 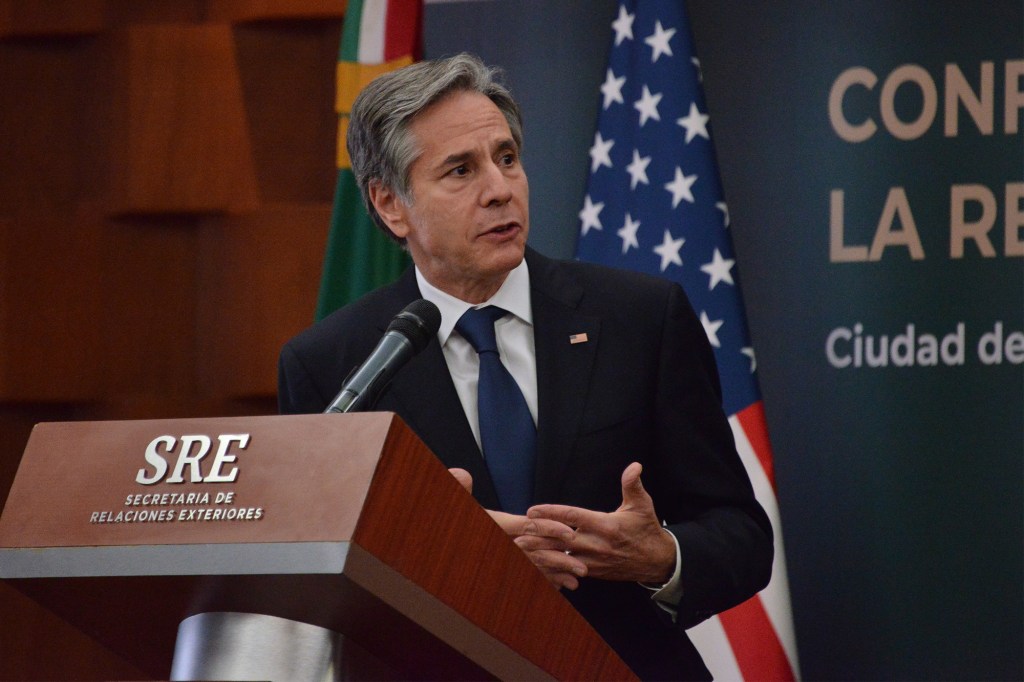 Secretary of State Antony Blinken has not been able to answer for the disastrous withdrawal from Afghanistan.Eyepix/NurPhoto via ZUMA Press

JANET YELLEN
Secretary of the Treasury

During her confirmation hearings, Yellen promised that she would “be a voice for fiscal sanity.” So much for that! Yellen is going to bat for the Democrats’ $3.5 trillion (and probably much more) spending plan, even after trillions in stimulus. The eminent economist now seems to think that, despite all evidence to contrary, inflation and interest rates won’t rise — and increasing our astronomical $23 trillion in national debt won’t be a drag.

Besides the Afghanistan horror, Austin now knows that the chairman of the Joint Chiefs of Staff, Gen. Mark Milley, secretly went behind President Donald Trump’s back to assure the Chinese he would tip them off to the US military’s plans. How can Austin ever trust him? How can he not tell Biden he must be removed from his post? 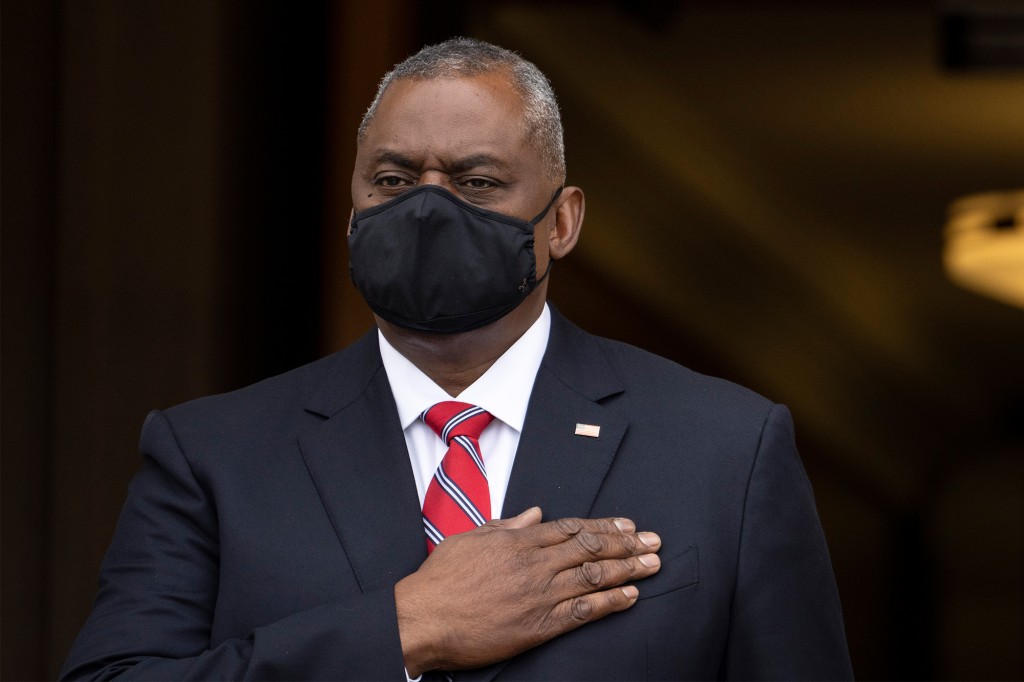 Secretary of Defense Lloyd Austin has yet to take action for the admissions of the chairman of the Joint Chiefs of Staff, Gen. Mark Milley.Photo by Drew Angerer/Getty Images

Bowing to teachers’ unions and school boards who call parents upset over critical race theory and mask mandates “domestic terrorists,” Garland promised to get the FBI involved — a spectacular overreach of federal power. The goal: Intimidate protesters so Democrats get their way with kids. But in a fight between angry moms and a weaponized Department of Justice, our money is on the moms. 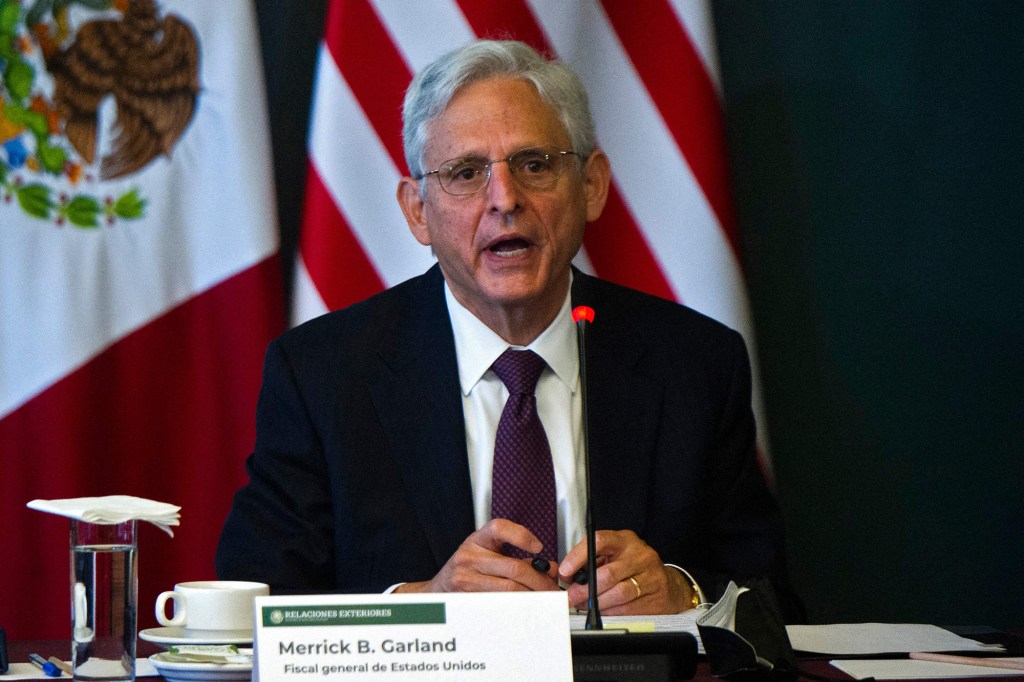 DEB HAALAND
Secretary of the interior

One of the many “If Trump did it, it must be bad” moves. The former president moved the Bureau of Land Management to Colorado, which made sense since the agency oversees 245 million acres in the Western states. But not enough bureaucrats wanted to live there (300 retired or quit), so Haaland is now moving it back to the swamp.

Vilsack is facing a revolt from farmers over the administration’s pushing of a capital gains tax, which critics say will would make it very hard for children to inherit farms from their parents. “I would argue this transfer tax, which could be as high as 43.4%, is the worst idea that has been proposed in terms of its impact on agriculture in my lifetime,” wrote Collin C. Peterson, former Democratic chairman of the House Agriculture Committee.

Argued, counterintuitively, that companies needed to be taxed more in order to compete globally. “If American business is going to compete, we need these investments,” she said. “And then the question is, how do you pay for them. I don’t know any business leader who thinks that it would be responsible of the president to operate this government as if he had a blank check.” Why write another check at all?

Despite disappointing job figures again and again, Walsh keeps advocating for more of the same. When 194,000 jobs were added in September, far below the 500,000 forecast, Walsh said, “I don’t think it’s as bad as what everyone’s reporting.” It’s his own department that reported it! While high government spending has kept people out of the workforce, Walsh is pushing for even more, with the Dems’ $3.5 trillion plan.

Politico noted that the guy who should be in charge of the nation’s COVID response doesn’t even attend meetings. “They brief him,” a person close to the pandemic response team told the outlet. “But he’s not a decider on response activities.” Why? Because of his “lack of experience as a public health policymaker and communicator.” Which begs the question of why the former attorney general of California was even chosen for this role. It seems they wanted to put the high-profile Democrat somewhere, and this was the role that was left. 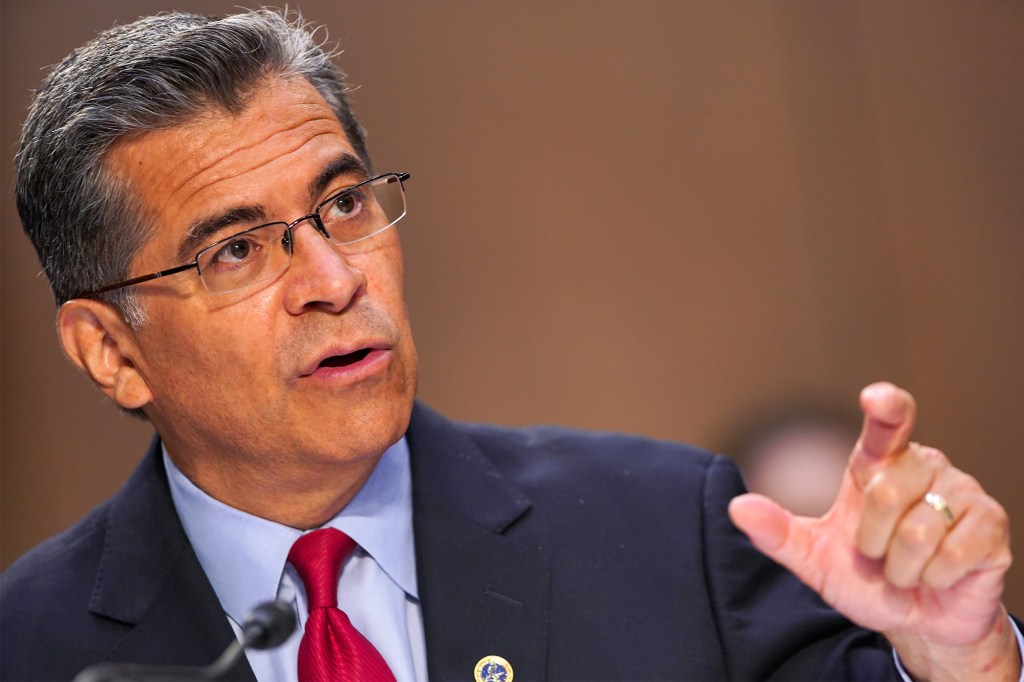 As Democrats rush to spend even more money, only 11 percent of the $46 billion in emergency rental assistance has been distributed. Rather than concentrate on getting that money out, Fudge is pushing the new spending plan and asking for more employees and more funding for HUD (despite, as Spectrum News noted, already having 7,000 workers and a $50 billion budget). Fudge is also divisive, saying “I don’t believe” that Republicans “care even a little bit about people of color.”

One of the many cabinet members with no experience for the post to which he was appointed. Buttigieg is learning on the job, to the point that he’s caused PR headaches from his spitballing. When he mused that a mileage tax could be a good idea, he had to backpedal quickly that Biden wasn’t considering it, after it was pointed out that the tax tends to hit low-income workers hardest. Now, with supply issues impacting the economy and cargo ships waiting offshore, Buttigieg’s answer is a task force. 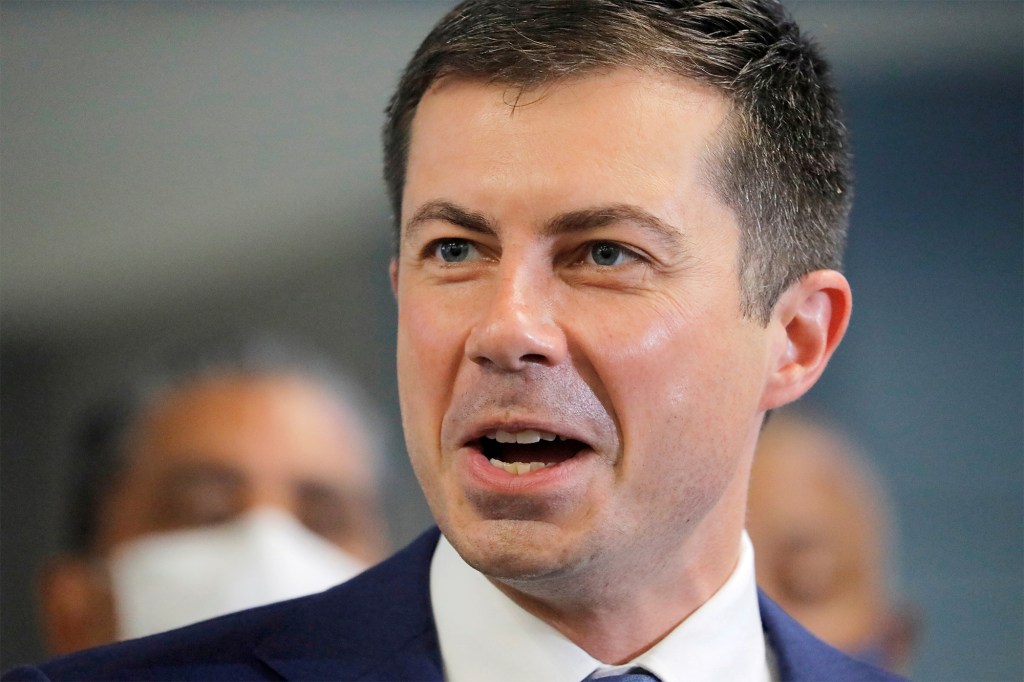 Secretary of Transportation Pete Buttigieg lacks the experience for his job.REUTERS/Andrew Kelly/File Photo

Democrats love politics by lecture: epitomized by Granhold telling oil and gas companies that their industry was dying and “the bottom line is you have got to move,” she said. “You cannot hang on and be the Kodak or the Blockbuster Video of the energy world. You have got to diversify.” David Blackmon, an independent energy analyst, said the response among executives was likely a chuckle and a glance at their massive profits. “Oil and gas executives function in an industry that has been assured by politicians that it was dying and bound to cease to exist in every decade going back to the 1850s. They’ve heard this sort of thing before, and know they will likely hear it again 10 and 20 and 30 years from now,” Blackmon wrote.

Has been pushing for critical race theory to be taught in schools and dismissed parents who have legitimate worries about how their children are being divided. Cardona said the debate wasn’t real, and “I think it’s a proxy for being mad that their guy didn’t win.”

Has thrown open the nation’s southern border, but bobs and weaves whenever questioned about it — saying, for instance, that he didn’t know how many Haitians from Del Rio were being let in (answer: almost all). Directed immigration officers not to deport anyone here illegally unless they committed another crime. Has sent message to world: Come on in. 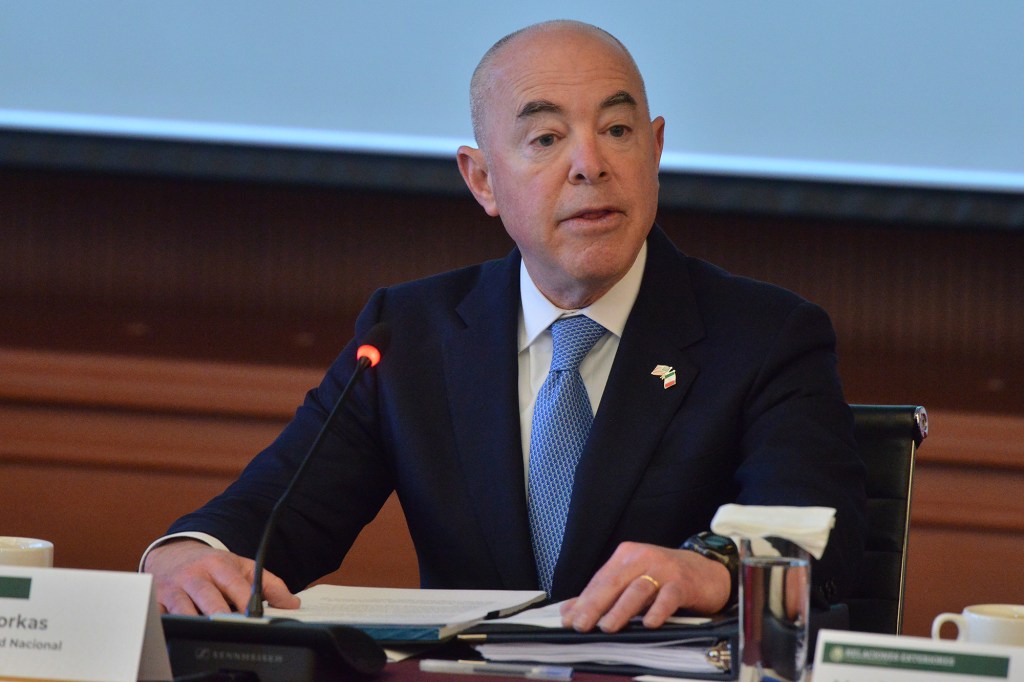 Secretary of Homeland Security Alejandro Mayorkas has overseen a crisis at the border.Eyepix/NurPhoto via ZUMA Press

Is being sued for “illegally” firing “dozens of independent scientific advisers from two key committees earlier this year and replaced them with academics dependent on the agency for grant money.” Statistician Stanley Young says the purge was to create “committees [that] will rubber-stamp the new administration’s regulations” without the inconvenience of an objecting voice from the very industries targeted by those regulations and bearing the cost of those regulations, to the tune of billions of dollars a year.

The shadow president. Insiders say Klain holds enormous sway over Biden and the agenda, and has emboldened the far-left wing of the party. When the White House decided to hold the infrastructure bill as progressives demanded, The Hill reported that Klain was the one on the phone. “One person familiar with Mr. Klain’s calls said they left liberal lawmakers with the impression that the White House was encouraging them to ‘hold firm’ against an infrastructure vote until a deal could be reached.” Now all of Biden’s spending plans are in jeopardy. 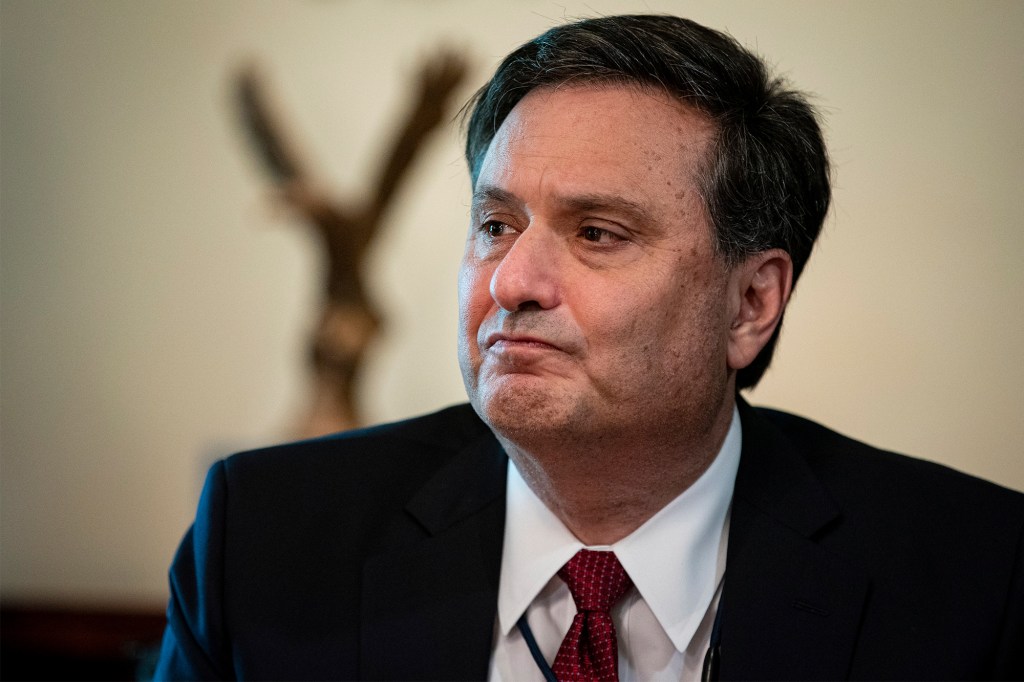 Chief of staff Ron Klain has been reportedly pushing the president to the left.EPA/Al Drago / POOL