President Biden is coming unstuck so badly that even CNN has noticed he’s not great at his job.

“He steps on a rake and then he slips on a banana peel and then he falls down the stairs with some marbles and now people are looking at him in a negative light,” Obama administration official-turned-CNN commentator Van Jones lamented last week.

But Biden’s problem is deeper than just being a bumbler.

Voters who swallowed the self-created myth that he is honest and humble are starting to realize that he is the opposite, and that his entire career has been marked by fantastical boasting, outright lies, spite and snobbish disdain for the little guy, masked by a veneer of phony self-deprecation.

The arrogance and duplicity of his administration simply reflects his character and is driving the Great Disillusionment with his presidency.

When sport events every weekend are erupting in chants of “F–k Joe Biden” and “Let’s go, Brandon,” the president clearly has a problem connecting with real Americans.

Normally, at this early point of an administration, when the honeymoon is over and polls are taking a deep dive, political parties take stock, listen to the people, and adjust their policies and rhetoric accordingly.

Not Biden and his baleful band of Brahmins.

Democrats are doubling down on discord and disorder, flying in the face of the president’s campaign promises to restore unity and civility.

Being clueless and out of touch is not a recipe for success at the midterm elections. But that only matters if you care about democracy.

What if the warriors of the woke revolution have accepted that their destructive policies alienate voters? What if they have given up on winning free and fair elections and decided to grab power by taking over the foundational institutions of the nation? 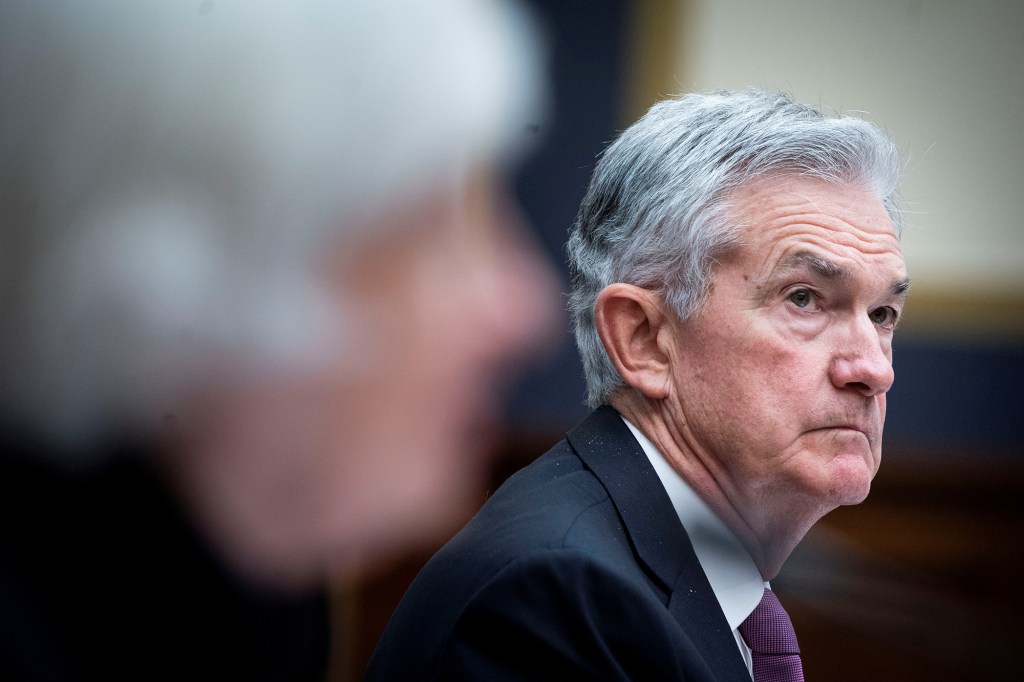 We can see the outline of an electorate-packing exercise by open-border activists led by the president, who signals with his inaction in the current crisis that he approves of a record influx during his term of millions of illegal migrants (a k a future Democrats) who are being secretly flown and bused into red states in the dead of night.

We can see progressive designs on the Supreme Court, where packing the court with left-wing activists is an article of faith, even though it will diminish the court’s authority and upend the balance of power with the other two branches of government.

But there is another, stealthier progressive takeover in train at the Federal Reserve, orchestrated by Wall Street Marxists in the guise of high-minded ethics concerns.

Two of the most conservative members of the Fed Board of Governors resigned last week after leftist Sen. Elizabeth Warren (D-Mass.) mounted a campaign accusing them of insider trading, at the perfect time for progressives to stack the board with more of their own kind.

He’s not wrong if a recent research paper from a Fed economist is any indication. 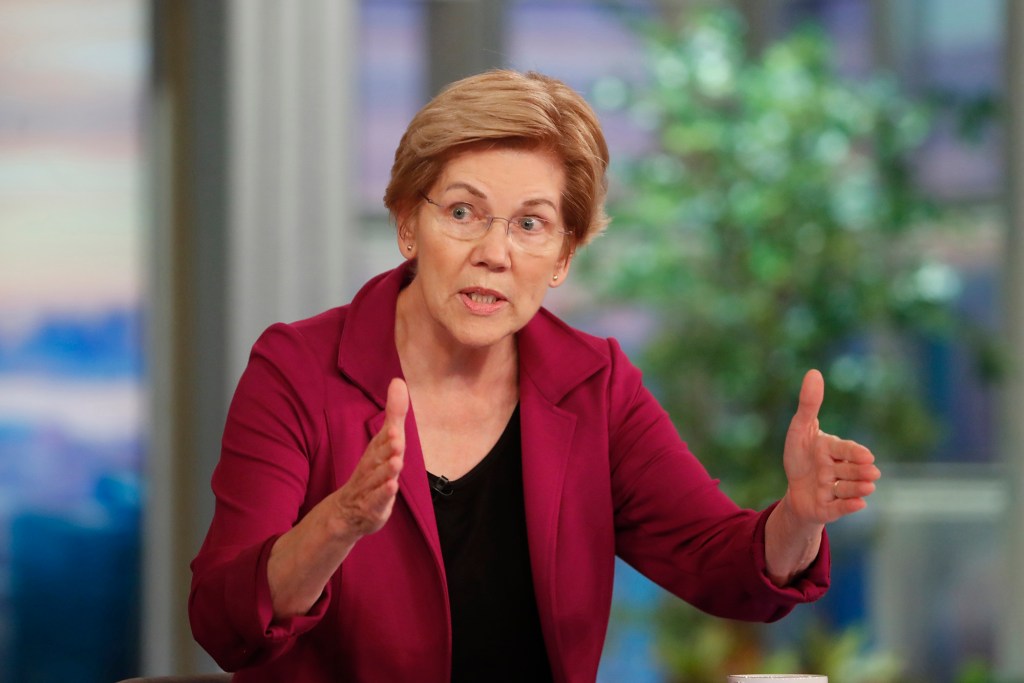 Sen. Elizabeth Warren mounted a campaign accusing two of the most conservative members of the Fed Board of Governors of insider trading. | Lou Rocco/ABC via Getty Images

“The primary role of mainstream economics in our society is to provide an apologetics for a criminally oppressive, unsustainable, and unjust social order,” wrote Jeremy Rudd.

Employees of the Federal Reserve reportedly are being subjected to ideological training on “white fragility,” “unconscious bias,” “critical climate justice” and how to “decolonize the atmosphere.”

At least some House Republicans are alarmed by this leftist turn of the central bank, which they say distracts from its critical role in controlling inflation and its nonpartisan statutory mandate to promote maximum employment, stable prices, and moderate long-term interest rates.

Thirteen GOP House members, including Scott Perry of Pennsylvania and Texas’ Lance Gooden, Chip Roy and Louie Gohmert, last month warned the Federal Reserve in a letter to chair Jerome Powell not to push far-left propaganda on employees or “align … the nation’s central bank with any particular ideology or movement.”

If progressives take over the central bank, they will have power beyond their wildest dreams to advance their destructive ideological agenda through economic policy that bypasses Congress. They can use powerful financial levers to implement their favorite wish list items — from a universal basic income and a debt jubilee to punishing the fossil fuel industry that provides 80 percent of America’s energy. 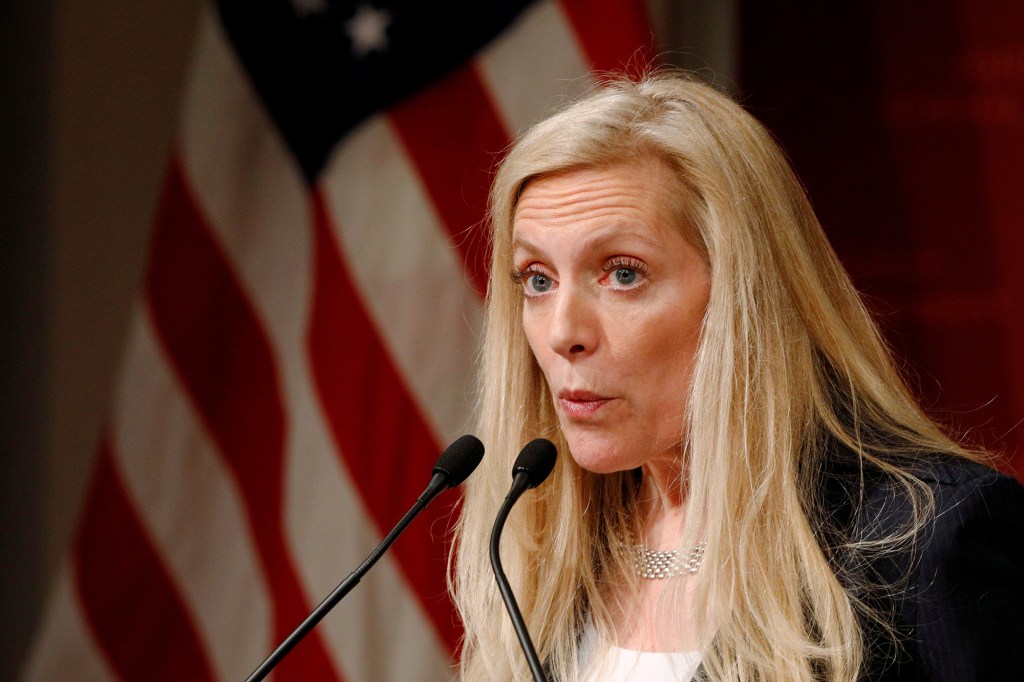 Warren’s strike on the Fed’s board of governors comes as Biden weighs whether to reappoint Powell when his four-year term is up in February.

Progressive Democrats like Bernie Sanders favor kindred-spirit Fed Governor Lael Brainard to take the top job. She has been showcasing her climate credentials lately, saying the United States needs to “catch up” on the European folly of using financial policy to force climate action.

She told a conference on banking supervision this month that financial regulators should direct the nation’s largest banks to take new measures to “appropriately measure, monitor and manage … climate-related risks” to the financial system.

A climate-obsessed Fed will be music to Biden’s ears as he prepares to take a bloated contingent of 13 cabinet officials with him to the Glasgow climate summit next month.

The message this sends is that his priority is virtue-signaling and winning progressive plaudits because he has no clue how to solve the self-inflicted crises roiling the nation — and doesn’t care about our real-world problems.