The southern border with Mexico is seeing the highest levels of illegal border crossings in 35 years, but the Department of Homeland Security has found one access point it can shore up — doling out $455,000 to a Delaware construction company for a fence around President Biden’s “Summer White House.”

In September, the department awarded a contract of $456,548 to Turnstone Holdings LLC for “PURCHASE AND INSTALLATION OF SECURITY FENCING AT 32 FARVIEW, REHOBOTH DELAWARE,” according to USAspending.gov, an online database tracking federal government spending.

The DHS is listed as the main awarding and funding office of the contract while the US Secret Service is listed as the subagency. Additional information and details about the fence have not been publicly released.

For security reasons, the Secret Service declined to discuss their “protective means and methods” with The Post when asked for comment.

DHS did not immediately respond to The Post’s inquiry about the contract. 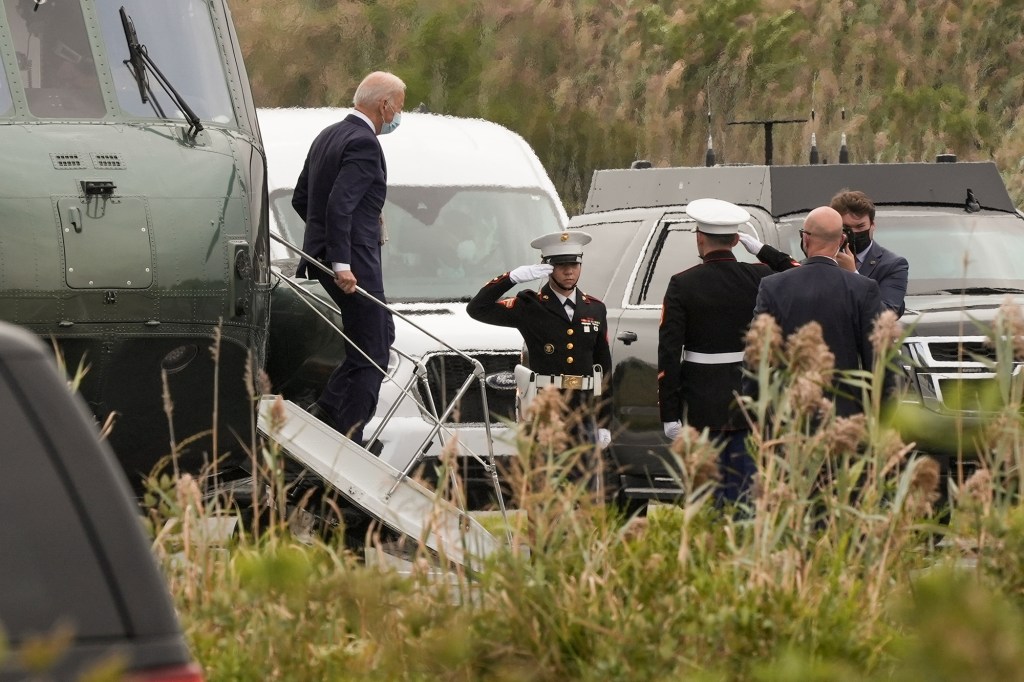 President Biden walks off Marine One upon his arrival in Rehoboth Beach, Delaware, on Sept. 17, 2021.REUTERS/Ken Cedeno

The construction of the private security fence comes in a chaotic first year of Biden’s presidency, which has seen historic numbers of illegal immigrants crossing at the southern border.

This week, data released by US Customs and Border Protection revealed that 1.7 million migrants have crossed the border in FY 2021, the highest number since 1986.

The Biden administration has faced backlash over its action — or sometimes inaction — throughout the surge, with critics slamming the president’s decision to halt construction of the border wall, which he did as one of his first actions as president. 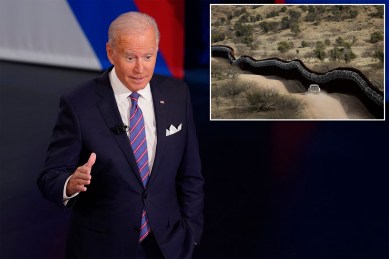 Per the department, the unspent funds will be spent on environmental projects including “biological, cultural, and natural resource surveys” in the border region.

It is not the first time since Biden took office that security has been boosted around the North Shores home. In June, Secret Service and local law enforcement put together a checkpoint at an intersection on the way to the home, closed a nearby pond and put temporary flight restrictions in place, according to the Cape Gazette, which was the first to report on the contract.

During his second visit, the Coast Guard also took security measures by creating security zones in the Lewes-Rehoboth Canal and Atlantic Ocean.